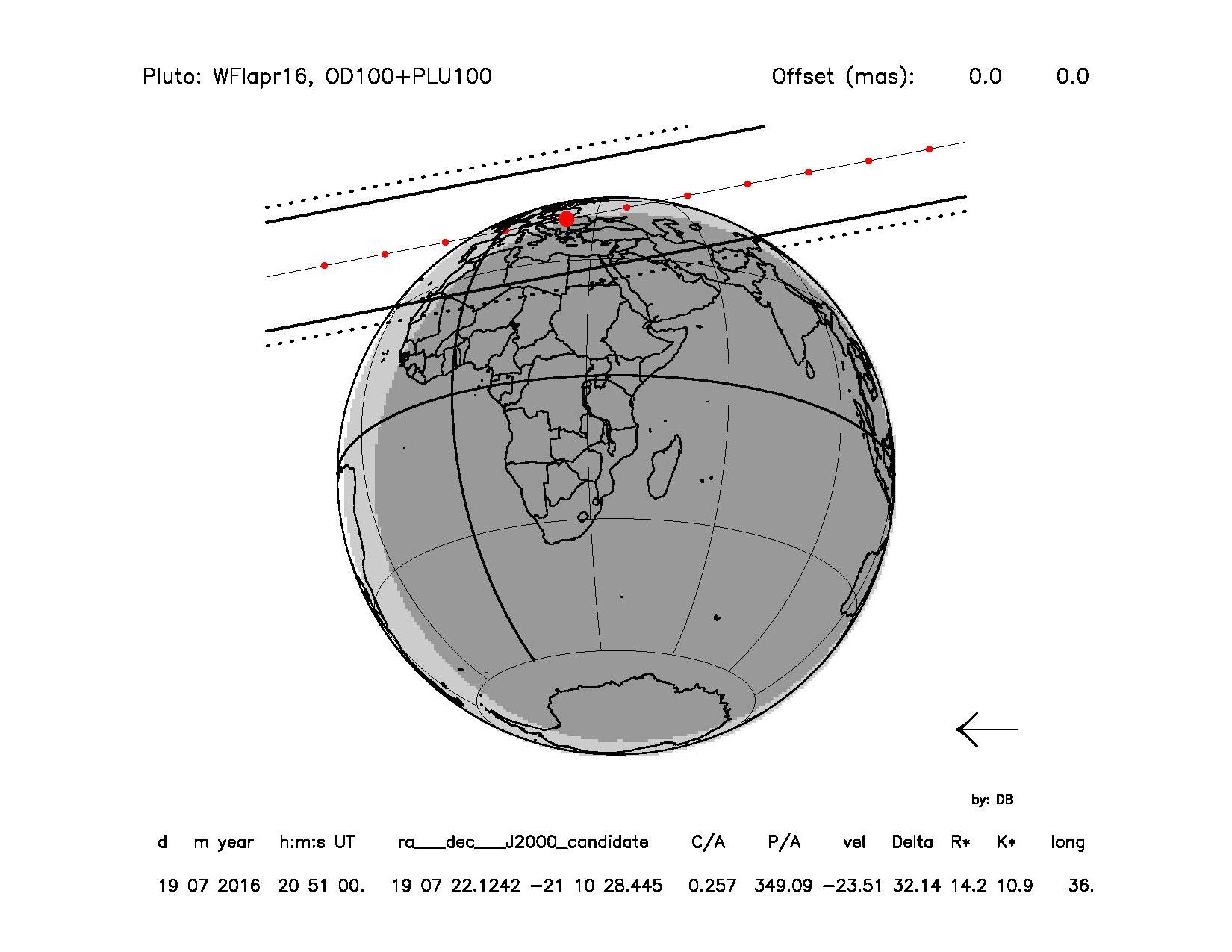 and its « Pathfinder Occultation » on the 14th of July

Pluto occults a 14mag star UCAC4 345-180315 visible from many parts of Europe on the 19th of July 2016 around 20h 22min UTC. According to the latest prediction by the RIO team and B. Sicardy, the central flash of this event will be visible from Europe too. But as you know, the occultation track may still shift a lot, so possible observers should be alert to wait for new predictions.

The occultation will not only allow to improve Pluto’s orbit, but will also allow to follow the development of its thin atmosphere, when Pluto’s distance to the sun is increasing with the years. In the last two years Pluto’s atmosphere has further increased its density, as recently published in ApJL as can be find here. The upcoming occultation is a good chance, to continue the monitoring work.

Theme by Anders Noren — Up ↑